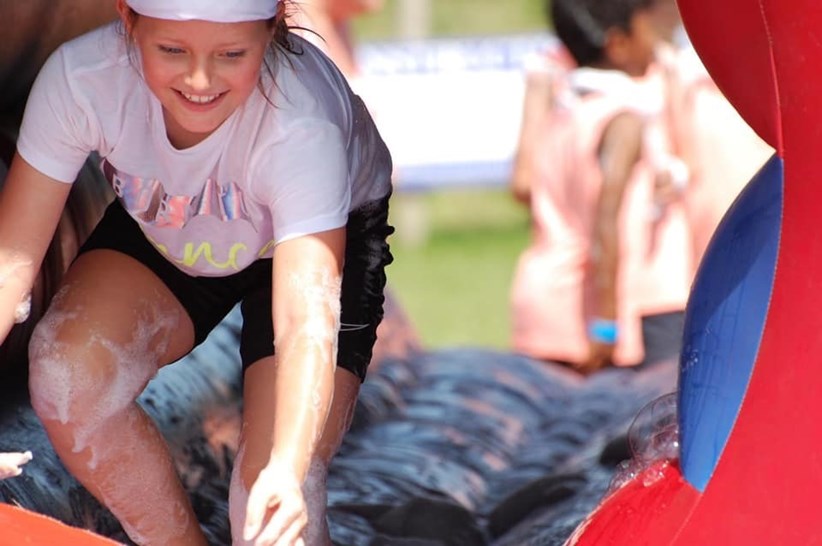 Nailsea & Backwell RFC hosted their first ever It's a Knockout event as a celebration of the 25 year anniversary of their Junior Section and it was a resounding success, with over 160 people involved in the fun activities.

It's a Knockout was also supported by a Nerf Wars activities for over 2 hours and a hugely popular Silent Disco. The crowds were there in their numbers to support and join in the club celebrations. It was great to see so many people from the club taking part, as well as other participants from around the community, such as @thegym Nailsea.

The age range was from as young as 6 years old up to adults in their 50s with numerous members from the current Junior Section and many of those who have come through the Junior Section who now represent the club at Senior level. However, it was a team of N&B RFC Legends who won the It's a Knockout overall, but, in a true moment of rugby spirit they gave their medals to the U10s team that were only just behind them in second place.

The event was also fortunate enough to receive a visit from Bristol Bears Brizzley Bear who entertained the children whilst willingly posing for photos, even the Senior players wanted their photo with him. The club were also asking for donations towards the Bristol Bears Community Foundation.

The Club would like to thank their sponsors for the event being PureComms and Arthur E.Davey & Sons Funeral Directors, their support is very welcome and appreciated.

Due to the success of the event, consideration is currently being given to making this an annual event.  Junior Chairman, Matt Thorn, wanted to express his gratitude for all involved, especially all those who gave up their time to make sure everything was ready for the event, particularly club members Helen Broaders and Vicky Dudbridge with everything supported by the Club Chairman, Dave Hudson.

The club is pleased to have reached the landmark of 25 years for their Junior Section and look forward to the next 25 years.  Both Matt and Dave commented on how proud they are to be part of this fantastic club and how great it was to see how many people enjoyed the event.

Nailsea & Backwell are always looking to grow their club with new members welcome, for the Junior Section there are age groups from U5 to U18 including U13, U15 & U18 Girls teams. Training for the new season starts on Sunday 8 September at 10.30am, contact juniorchair@nailseabackwellrfc.co.uk, if you would like to get more information.

The Senior Section have just started pre-season training on Tuesdays and Thursdays at 7pm. All this takes place at N&B RFC, West End Park, West End Lane, Nailsea, BS48 4BY.