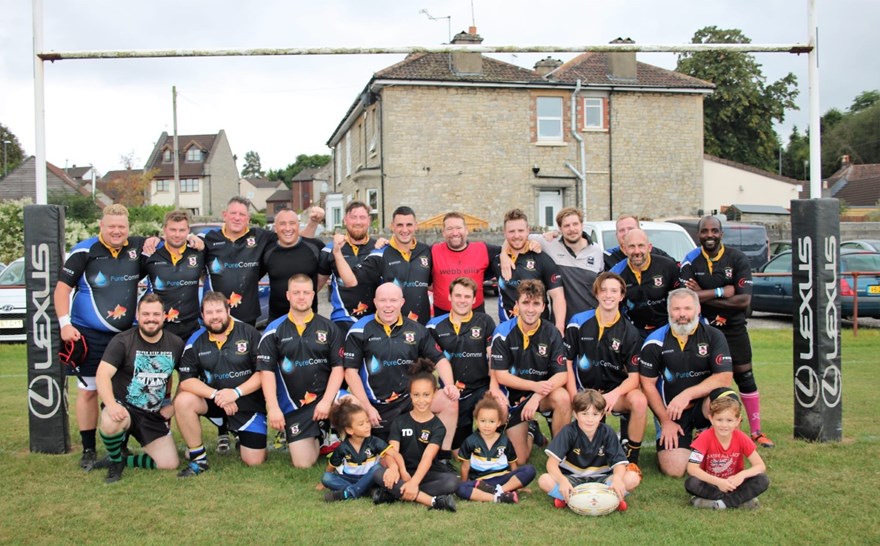 In their long awaited return to league action, the N&B III's travelled to Keynsham yesterday. Here is the match report on this season opening clash!
Match report courtesy of Aidey Knighton.
Photos courtesy of Mark Raby.
KEYNSHAM 3’s - 5 NAILSEA & BACKWELL 3’s - 7
A long awaited return to league action for N&B’s III’s saw them away to Keynsham III’s this Saturday. Given that the club put out three full sides this weekend, the 3’s made the journey to Keynsham with a strong squad and a number of replacements.
The game started with Keynsham receiving the ball from Nailsea and the early engagements were evenly contested. Both sides were probing each other attacking wise, but this was matched by strong defence by both teams. Keynsham having a larger pack, in particular the front five, gave them the edge in the scrums and kept them in contention. However, Nailsea dominated territory and possession, spending the last 25 minutes of the first half in their now tiring opposition’s 22.
Nailsea came close to scoring a couple of times, trying to go wide around the Keynsham side, but some scrambled defence denied Nailsea the score they were desperate to get. The first half finished at Nil - Nil.
The second half started with Keynsham camped in Nailsea’s 22 for some 10 minutes. Finally Nailsea managed to turn the ball over, and passed the ball down their line, where an attempted clearance kick was charged down, falling fortuitously to a Keynsham player who picked up and went over out wide in the corner. The conversion attempt failed to go over - making it 5 points to nil to Keynsham 10 minutes into the second half.
This score only served to galvanise the resolve of the Nailsea side and they returned to playing how they had finished the first half - dominating territory and possession. The pressure now fully back on Keynsham, Nailsea pinned them in their 22 again for much of the remaining half. With 20 minutes remaining in the half an attempted penalty kick, pretty much in front of the post’s went wide, denying Nailsea the reward which they clearly deserved.
Undaunted by this, Nailsea pressed again, with the forwards scrambling close to the line, but again the ball was dropped over the line. No matter though, with 15 minutes still remaining and as the tension increased Nailsea were playing a penalty advantage, and the the ball was eventually worked wide for Nailsea to go over in the corner to score their try, much to the delight of the team and their travelling supporters.
Now with an even more difficult kick than the penalty taken earlier, the tension was written on the faces of the Nailsea side as the kick was lined up. However, no need to worry, the balled sailed through the uprights giving Nailsea a 7 points to 5 lead with ten minutes to go.
The tension was palpable, but Nailsea comfortably wound the clock down to claim a well earned and much deserved victory. Try from Dan Bailey, conversion Matt Pope.
Tweet
Tweets by @NandB_RFC