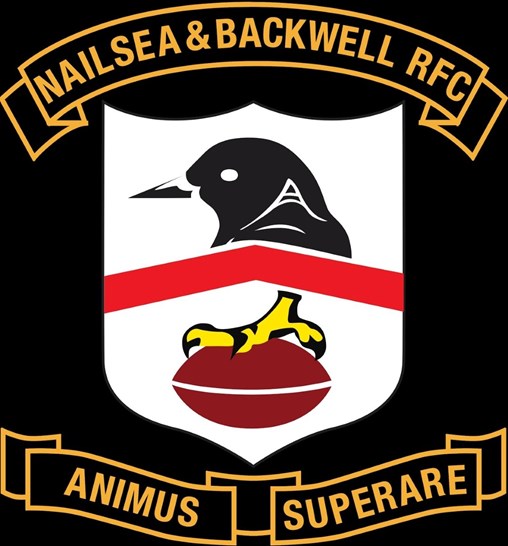 Nailsea travelled south to local rivals, Weston, but it was the home side who started sharper.  Despite this Nailsea, as they have done in their previous two weeks won the second half but not the game.  This was all the more remarkable as they did so with 14 players having conceded a red card.

On 12 minutes a clearance kick was gathered up and passed to the Weston Full Back who duly ran in a try passing three or four tacklers, to give Weston and early advantage.  Elwood’s kicks deep into Weston’s twenty two gave the visitors hope, but having camped on the try line twice the Ravens took wrong decisions and threw lineout ball long only to lose possession.

On 18 minutes Winger Sam Bigley intercepted a loose pass from the Weston backs to run in a try under the posts.  Ryan Love then carried on where he left off last week, running hard at the defence.

After the 30 minute mark though the remainder of the first half belonged to the home side as they ran in a further three converted try’s earning the bonus point to lead 28 -7.

The introduction of Ryan Barrow made an instant impact for the visitors, forcing the Weston defence into giving away penalties and conceding territory.  Shortly after Nailsea incurred the red card and played out the remainder of the game a man short.

With the possession now firmly in Nailsea hands, eventually young Prop, Will Marley, crashed over to give the score line some respectability.

However, with the fast running Weston backs having the overlap they soon pulled one back out wide, unconverted.

Weston then got a yellow to even things up, and were penalised a number of times before Nailsea’s choice to throw to the back of the lineout again while five yards out cost them.

From a further quickly taken penalty, and a chip over the top James Cleaves gathered and slipping throughtwo2 defenders tapped down Nailsea’s third try.

But after further yellows for both teams, Weston used the overlap once more to score one more before the whistle.