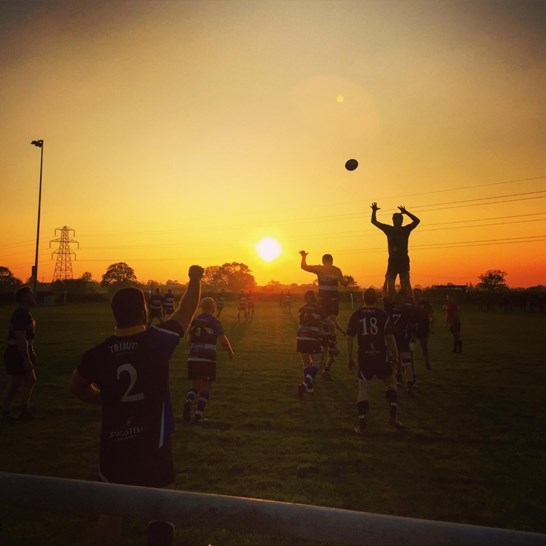 Nailsea knew after three weeks without a game there was a chance that they would be a bit rusty going in against the improving Bristol Harlequins.

Quins started the brighter, putting in many phases of play with Nailsea looking somewhat lethargic.  The stalemate in the first half was broken by Hooker Ryan Barrow who barged his way over after some strong carrying by Number 8, Luke Caswell.  Jamie Elswood adding the conversion.

It was Caswell himself who scored next after Full Back, Ben Perfect, made ground from one of his many breaks.  Elswood landing the impressive touch line conversion to make it 14-0 at Half Time.

The Second Half was unfortunately not much better for the home support, as Nailsea's lack of control of territory, and Quins pressures at the breakdown meant for a low quality and low scoring Second Half.  The one highlight being Jamie Sullivan’s deft chip over the defence which Ryan Love re-gathered and produced a magestic offload for his cousin, Reece Hulland, to score after rounding under the posts.

After two yellows for a scurmish, Quins grabbed a well deserved consolation score at the final whistle after an overthrow from a line out.

Nailsea retain second place in the League Table, but will hope to be much better next Saturday as they entertain Old Reds II's at West End Park, 2.30pm kick off.