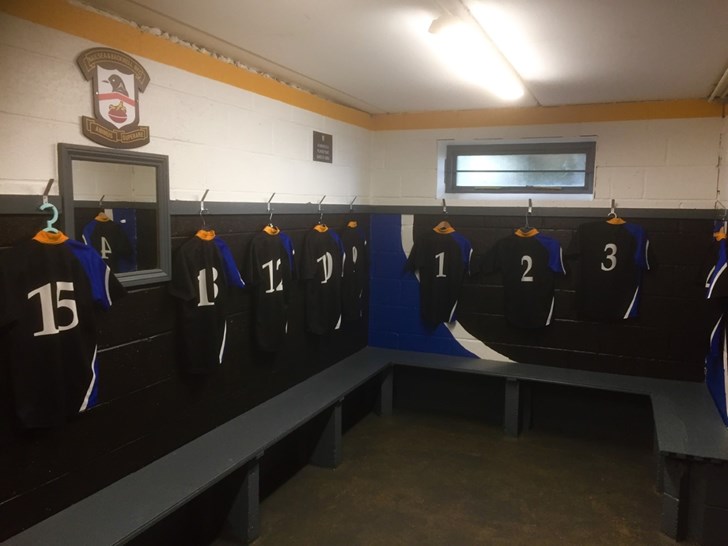 Match Report N&B U14's 7 - 4 Yatton U14's
On Sunday 10 October, in glorious conditions, the Under 14's played host to their near neighbours Yatton for their first home game of the season in their new kit which is sponsored by Home Additions. After a heavy defeat at the end of the last campaign the hosts were keen to put on a better showing this time around.
From the kick off you could see that both teams were really up for this and several strong carry's from Yatton eventually lead to a try in the corner for the visitors.
The Ravens needed to up their work rate as Yatton forcefully contested each ruck. More intensity from the home team and a quick transfer out of a maul gave Ravens a chance to move wide. Three phases later they were camped on the Yatton line. However, great defence held the ball up over the line and Yatton escaped with a goal line dropout this time.
Another try for Yatton followed and it took some great interplay by the home pack to get the Ravens back into the game. A quick clear out at the breakdown by Hill and Bown allowed Nailsea's scrum half Carter to spot a blind side gap and sprint into the corner.
The rest of the half was very evenly matched, but the away team deservedly lead at the break three tries to one.
The home players formed their huddle and had a a heart to heart! Whatever was said certainly did the trick as the Ravens ran their rivals ragged in the second half. A huge tackle from Hayett and then King set the tone, firing the Raven's up and knocked Yatton out of their stride. Meaty carries from Wyatt, Robinson and Tarrant helped set up further tries for Hill, Carter and Hayett.
Yatton never gave up though and eventually scored another try of their own, pouncing on a wayward kick and moving the ball quickly to score.
Seven tries to four represents a good come back by the Nailsea and Backwell boys and repayment for all their hard work in training. At the final whistle both oppositions shook hands and thanked the excellent referee who helped the game really flow.
Nailsea & Backwell rugby club has a thriving junior section offering sport to children from ages 5 to 18 years. The club is always happy to welcome new players though and all age groups, including the featured Under 14 Team, would be delighted to hear from you if your son is interested in joining the team. For more information, please contact juniorchair@nailseabackwellrfc.co.uk.
The Under 14 age group is blessed with a great set of coaches, with decades of experience and RFU level 2 accreditation. If you are in Year 9 and interested in giving rugby a go, you can sure of a warm welcome in a fun, safe and exciting environment.
Tweet
Tweets by @NandB_RFC